Trump blasts Hillary on abortion: she thinks it’s okay to ‘rip the baby out of the womb’ up to birth 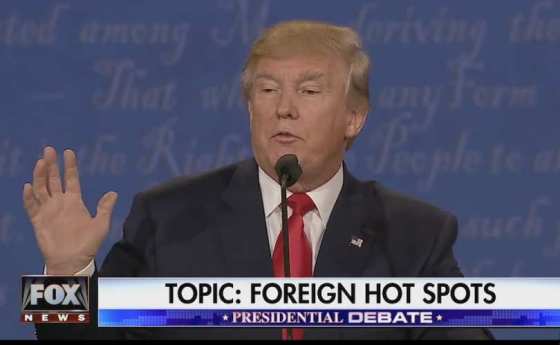 “Just minutes into the third presidential debate, Donald Trump blasted Hillary Clinton’s defense of partial-birth and late-term abortion by explaining that her position means “you can take the baby and rip the baby out of the womb in the ninth month on the final day” of pregnancy. …

Partial-birth abortion involves delivering all of a living baby’s body but her head, stabbing scissors into the base of her skull, and sucking her brains out with a powerful vacuum. The abortionist then delivers the dead baby. …”